Scipio -dog of Orville Wright (as in Wright brothers)

– May 30, 1912), were two American brothers, inventors, and aviation  pioneers who were credited

with inventing and building the world's first successful airplane and making the first controlled,

the brothers developed their flying machine into the first practical fixed=wing aircraft.. Although

Orville Wright's Saint Bernard, was called Scipio. The dog was bought as a puppy in 1917 for $75

and his new oweners went to the train station to pick him up.  He told his nephew they were going

to the train station to meet "Mr. Bernard".  Judging by the number of photographs of Scipio it is

obvious that he was adored by Orville.  There are photographs of him loungin gon the large

verandah of the family home, riding in a canoe and stretched out across a persian carpet.

Toutchingly when Orville died decades after his beloved dog, there were pictures of Scipio in his 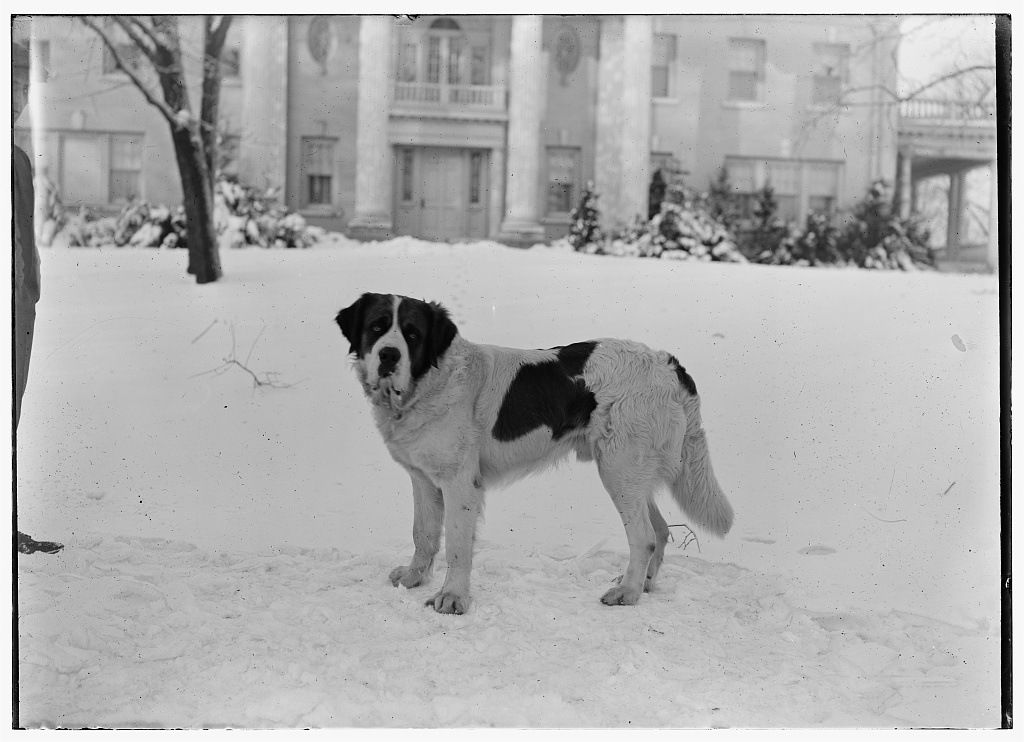 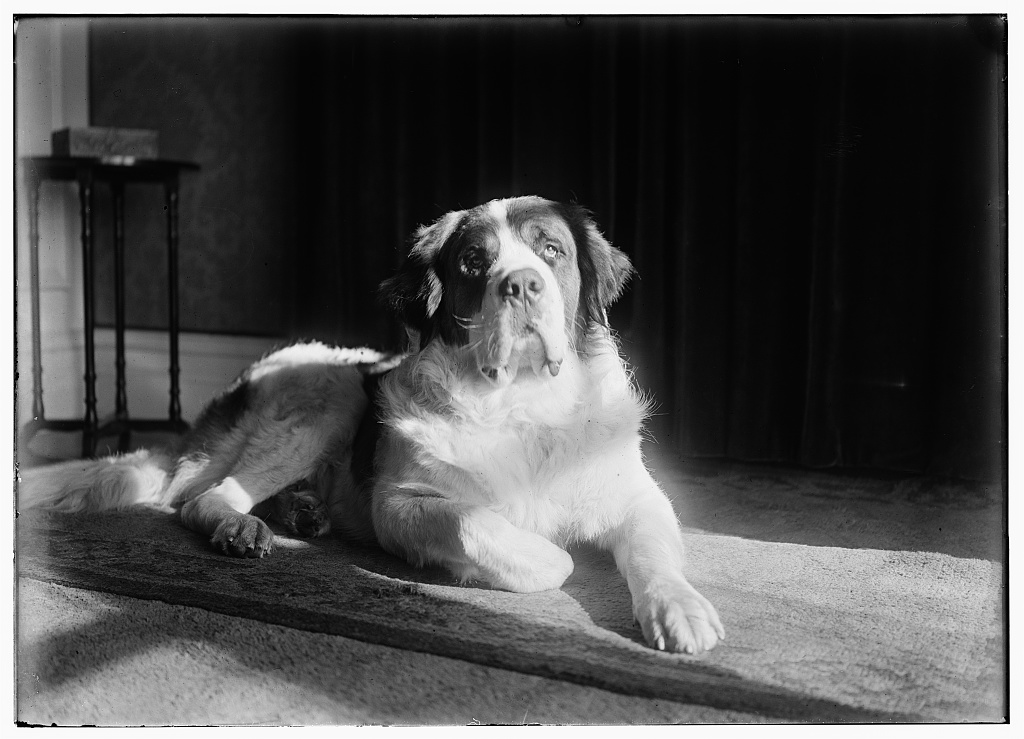